(AKA What the Heck is the Hot Girl Summer Challenge and why is it influencing my teen to want to “hookup”?)

If you are like me, you may have little-to-no knowledge about the Hot Girl Summer Challenge that is blowing up on tween and teen social media accounts, most notably, Tik Tok.  When I first heard about it from one of my clients, I felt totally out of the loop.  With very little research, I was able to find out that it is based on a song from last summer by Megan Thee Stallion called “Hot Girl Summer.” She says on Twitter, “Being a Hot Girl is about being unapologetically YOU, having fun, being confident, living YOUR truth, being the life of the party, etc.” What I’ve learned from talking to teens and tweens is that this message has translated very differently to different kids.  For some, it truly is about inspiration and positivity while for others, it is in inspiration to “hookup”. I’ve seen lists that include…

Unfortunately the song and its message has also been the inspiration for lists that look like this:

As a parent myself, when I hear about trends like this, I panic a little inside. Further, I feel the strong pull to get my kids in front of me and tell them about every possible danger they might face and how to protect themselves.  However, what I have learned as a therapist and Positive Discipline Trainer is that trends like this one are actually OPPORTUNITIES for us to connect with our kids.

START HERE: Be Genuinely Curious About Their World

Start with approaching your kiddo with an attitude of curiosity.  If you are really anxious or worried when you bring this up, they will feel it and shut down or become upset. Ground yourself first by taking deep breaths or trying one of the practices in this blog by my dear colleague Julie Burke, LPC.

For counseling for your tween/teen and or for parent support, please reach out to AFC to talk to a therapist today!  [email protected]

For more information about parenting tweens and teens, please check out the following:: 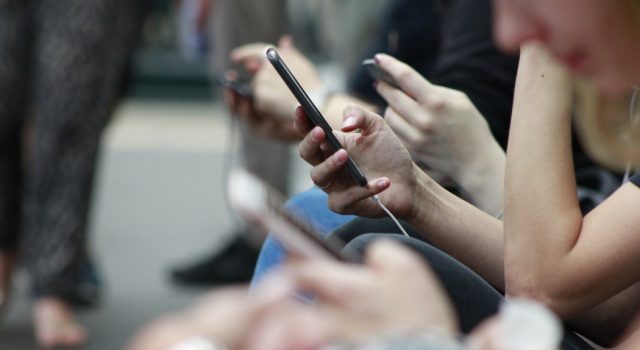 If I were to have 20, 50, or even 100 people in a room and asked them all if they had a social media account, chances are all (or most everyone) would say “yes”.  Whether it’s Facebook, Instagram, Twitter, Snapchat, etc., (you get the point), social media has become (and has been for years) a fundamental component of people’s lives.  By definition, social media is a website and/or application that enables users to create and share content or to participate in social networking.  While this is an accurate definition, it oversimplifies everything that social media represents in society today.  Social media is a way to stay connected with others and it creates opportunities for new ideas & inspiration, however, it can also create avenues for self-loathing, cyberbullying, and envy.  While it’s certainly not all good or all bad, it’s important to be mindful of the impacts social media can have on mental health.

How Social Media is Beneficial

What to Do About It

Ultimately, using social media, screens, anything like that is not ALL bad and shouldn’t be banished, however, it’s important to be mindful of the detrimental effects and be intentional about how much time you do (or do not) allow yourself & your children to be on social media.

If you were born after 1985, I’d guess that one of your first impulses after crawling into bed at night or after turning off the“snooze” alarm in the morning is to open up at least one of your favorite apps. Instagram, SnapChat, Tumblr, Vine… it might be hard to choose. You might even find yourself scrolling without really paying attention to what your screen is showing you. If this scenario doesn’t apply to you, I’d venture a guess that you’ve recently witnessed someone else doing it.

When it comes to social media and awareness, it’s much easier to think of its absence. We’ve seen the videos of unsuspecting users walking into fountains, holes in the ground, and other visible obstacles. The parodies have been sketched and run on TV. Between experts, public commentators, and comedians, an approaching society of mindless social media “robots” is not undetected.

And, if I’m being honest, I have to admit that I find myself pulling up social media more automatically than I’d like…

Waiting on someone at a crowded restaurant? Open an app.

“Relaxing” on the couch? Open an app.

Riding in the passenger seat of a car? Open an app.

I’ll even wince and admit to recently scrolling through Pinterest on my iPad and opening up Instagram on my iPhone. Two devices and two social media apps at the same time. When I caught myself and realized what I was doing, I put everything down and asked myself, “Am I happy in this moment?” The answer was a resounding, uncomfortable “No.”

It’s important to realize that happiness is not the absence of a strong negative emotion like anger, sadness, or fear. Happiness is it’s own state. And, while it would be unrealistic to expect to feel happy all the time (and, arguably, impossible), we have a choice in the activities we do in our free time and whether they contribute to our well being or not.

In my work with teens, I have the honor and the privilege of hearing views, feelings, thoughts, worries, and successes related to a wide range of topics. One of these topics is always social media. I enjoy taking off the “expert” hat and learning from teen clients about their use (or avoidance) of social media and awareness of what inspires, connects, and sometimes hurts as a result of that engagement.

Adolescence is a time of increased creativity, generativity, and social motivation. Social media, by design, is a rewarding and appealing outlet for these drives. Teens are not shying away from how to live in a modern social world and neither should we. While it might be tempting for parents to avoid the unknown or unfamiliar, it isn’t realistic. It’s ok if you don’t know what app is trending on the phones of local high school students. It is more important to focus on the culture of the app in order to understand its impact.

Whether you have an account or not, it’s not hard to see that social media has an impact on our daily lives and interactions. Let’s move away from the mindless robot images and start a conversation – not just between parents and teens – but between partners, friends, and family. Let’s try to introduce social media and awareness.

Wondering where to begin? Here are a few questions to consider:

These questions are simply a starting place in an attempt to bring social media and awareness together. They don’t have answers that are set in stone. However, by considering the ways in which we engage with social media, we can gain a greater understanding of how we are spending our time and how we might or might not be contributing to our emotional and mental health.