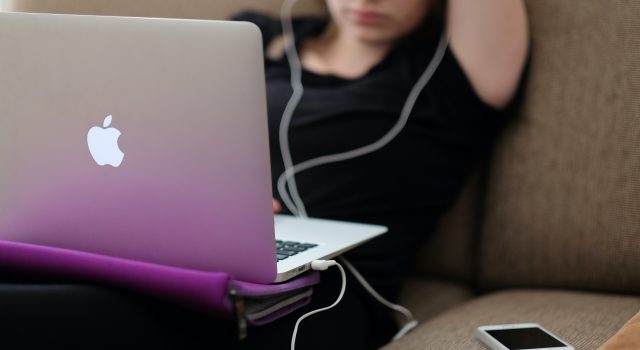 Our culture is still clumsily navigating the rapid proliferation of readily available and seemingly unavoidable online pornography, which now comprises approximately 1/10 of internet content. Studies show kids are exposed to online pornography at an average age of around 13, and over 40% the initial exposure was accidental. That said, exposure can happen much earlier. Generally, parents tend to address issues around puberty and sexuality around age 13. The assumption here is that sex and sexual issues do not need to be addressed until puberty. Yet, puberty happens more frequently between the ages of 10-12, and sexual consideration and curiosity do not operate like a light switch directly aligned with puberty–it’s a continuum aligned with human developmental stages and begins, in some ways as early as 4 years of age.

Though any sort of sex talk can feel taboo or be awkward, talking about pornography is part of a healthy sex-positive environment and creates an open field of engagement with your child. It is notable that there is a negative assumption that educating adolescents about sex might unintentionally push them to have sex earlier, yet this is statistically untrue. The earlier you can include positive and shame-free sex discussions and education in your home, the better. Based on the lack of porn literacy taught within school settings, the onus is tending to fall on parents and therapists to have these discussions when/if they arise. And knowing 70% of youth either happen upon (scrolling), or seek out online pornography (for education), this is more of a when.

Unfortunately, only 30 states in the U.S. are required to teach sex ed at all, 13 of which are science-based. About 20 of these 30 states still operate under the outmoded abstinence-only model. Interestingly but not surprisingly, the states which lack an affirmative and science-based sexual education model, are also the states with the highest amount of teen pregnancy, and the inverse is true: sex ed that is comprehensive and empirical significantly decreases teen pregnancy.

One of the issues with this, particularly with the absence of other forms of education, is that porn is by nature performative, and often non-consent-driven. This mainstream content easily creates the assumption that this is how sex goes. This type of pornographic content, however, excludes the awkward, messy, real, and autonomous versions of sex. It also tends to be geared more toward cis, hetoronormative, and at times violent, depictions of sex, excluding more diverse and inclusive images of sex. Finally, it outsources imagination, which is core and vital to human life, particularly at this age, to the churn of consumeristic drives of The Algorithm.

Awareness about this stage

On top of porn’s availability and adolescents’ burgeoning sexual awareness and desire, the stage of adolescence is a marked time for black and white thinking (based on the brain’s development), and it is a wrought time for repetition-compulsion. Adolescents, our greatest nihilists, are beholden to their stage of life which is all about transformation and initiation. Richard Frankel, a Jungian psychoanalyst notes, “without guidance, left on their own, adolescents’ attempts at initiation take on an extreme character” (1999, p. 61). Frankel continues regarding adolescent exploratory methods:

Like the repetition of a symptom after the experience of trauma, the compulsion to repeat these events, be it drug and alcohol use, acts of violence, or discriminant sex, may be better understood not under the rubric of the psychology of addiction, but as failed attempts at initiation that leaves one in a state of yearning for a kind of deliverance that never seems to quite manifest itself. (p. 61)

Our culture, one without much initiation or ritual, operates via dopamine pump: check the email, check again; I liked that substance, I want more; this construct creates this emotion, repeat, repeat, repeat. Rather than allowing a substance or experiences to signify an initiation, they instead become literalized as a threshold itself, with which to carry over newly initiated vision or life stages. Herein, our culture, under which auspices our adolescents are trained, simply craves and acquires more. After the initial experience of a new substance-construct, whether it is alcohol, pornography, a violent event, or a combination, Frankel notes that the “extremity of behavior may lead an adolescent to the threshold of an initiatory door. However, without the proper structures in place, he cannot pass through it” (p. 61).

In a word: education and cultural, or subcultural, consciousness begets awareness and can help guard against these black and white compulsions.

When/If this topic arises, here are some tips for having that conversation with your kid:

EARLY ON: Model and teach consent as early as possible.

Later, teaching enthusiastic consent, about actual sexual experiences is important. This can happen in middle school if appropriate for your child.

Sexual curiosity and education-seeking are part of development, and as noted, made more seductive due to our cultural lack of comprehensive education. Generally speaking, when adolescents, who already naturally feel ‘on stage’ incur feelings of outer shame, they shut down. It’s on you to mitigate your fear/upset as a parent, and model and encourage an open line of conversation for your kid.

An opportunity to set boundaries and agreements

Within this, negotiations around screen time or media blocks, particularly for younger ages might be appropriate to help them have lesser access. Though it might feel uncomfortable, asking open-ended questions (where, how, when) rather than possibly accusatory why questions, can help aid in creating discussions that point to the purpose of the search. For instance, if your adolescent was simply curious, more education may be the key. If it was peer pressure, it’s a perfect opportunity to discuss consent (even about media consumption). And, if they accidentally were exposed and feel ashamed or traumatized, it can be a great time to normalize the instance and seek greater awareness of their tech habits, solo and in-situ.

There’s no one way to handle this intricacy-laden and, for some, discomforting topic. But hopefully, this, and the resources listed below are a helpful start!

How to Talk to Your Kids about Pornography

Let’s Talk About It

Yes! No!: A first conversation about consent