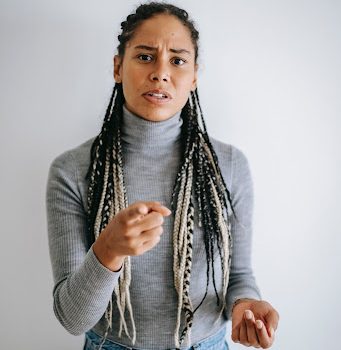 I want to first say that the title of this post might be slightly misleading. I don’t believe it’s actually possible to STOP judging all of your emotions. But you (and I) can work towards doing it less often.

What does “judging emotions” mean?

Before I get to the how, let’s take a minute to see what it even means to judge our emotions. Personal story: I was sitting in my therapist’s office in front of my computer talking to my therapist via telehealth, and I told her about something that had made me experience a healthy dose of shame. I had made a small professional mistake, and I had been blaming myself. This is where it gets interesting: While sharing this with my therapist, I said, “I feel so stupid for feeling ashamed of something I know I shouldn’t feel ashamed of.” And, because my therapist is incredible, she gave me a look that had all kinds of compassion in it.

You might ask, “what’s wrong with judging my emotions?” And, because I’m a therapist, I’ll first say that nothing is “wrong” about it. BUT here’s what happens when you do: you’re telling yourself that it’s not okay to feel emotions. You’re telling yourself that, for example, you’re stupid for feeling shame, rather than realizing that you’re human for feeling shame. And we can (and probably) do this with a myriad of other emotions.

Feeling bad about yourself for getting angry? That’s judging.

Ever tell yourself that you shouldn’t feel disappointed? Still judging.

Here’s a nice tip: if you’re saying “should” or “shouldn’t” about your emotions, you’re probably judging them.

Now we can get to the how

Awareness is KEY. The biggest and best thing you can do to work on this is to recognize a) that you do it (because you’re human, and humans do this…unless, of course, you’re a robot, in which case: which squares have bicycles in it?), and b) when you do it. When you do it can be tricky to figure out. For this, you might want to talk to a close friend or therapist, or journal, or meditate. Everyone has their own way of learning about themselves, so you do you.

Here’s some prompts to get you started:

Now that I’m aware of some of the judgments I place on my emotions, how do I stop doing it?

First, and this is important, you don’t have to do anything else. Just being aware will probably get you to stop judging 60% of your emotions (I just made that statistic up; please don’t quote me on that. It’s going to be different for everyone). But, if you want to continue doing the work, here are some tips:

Remind yourself routinely (e.g. in the mornings, when you take a shower, when you’re in your car, whatever works for you, but don’t wait until you’re overwhelmed with emotions to do this) that it’s okay to feel however you’re feeling. Tell yourself, “I’m angry, and that’s okay.” Or for bonus points, you can say, “I love my anger.” That last one might be really difficult, so be gentle with yourself if it doesn’t come easy.

Another way you can work on this is to make a list of a certain number (say, 5) emotions you had each day or week. And then thank your body for letting you feel these emotions. Literally, “Thank you, [your name], for letting me feel guilt this week.” Feel free to journal or meditate on this too.

Remember that emotions are part of the deal you made with the world (or God, or Spirit, or Universe, etc.) when you were created. You don’t get to be human and not have emotions. ALL OF THEM. You can’t just have the “good” ones. Not only that, but the more you shove down the emotions you don’t like, the more they’re going to have control over you. You can only pretend for so long that you’re not sad, until it begins to show up somewhere else (usually as anxiety or depression, or as physical symptoms, like migraines or stomach pains).

Once you experience your emotions without the harsh judgement you’ve been accustomed to, you might even begin to appreciate them! Your emotions all have a purpose.

Feeling lonely? That’s a reminder to reach out to a close person.

Feeling stressed? That’s a reminder to slow down.

Anxious? That’s a reminder to be present where you are, rather than thinking about what might happen next.

Shame? That’s a reminder to give yourself compassion.

Angry? That’s a reminder that you may need to put up or fortify a boundary.

Bored? This one’s pretty simple: do something that feeds your creative soul!

There is nothing wrong with ANY of our emotions. In fact, they will help us live a wonderful and meaningful life, if we only listen to them rather than judge them.

If you want some help working through your emotions, book a free 15 minute consultation with me to see if I might be a good counselor for you. 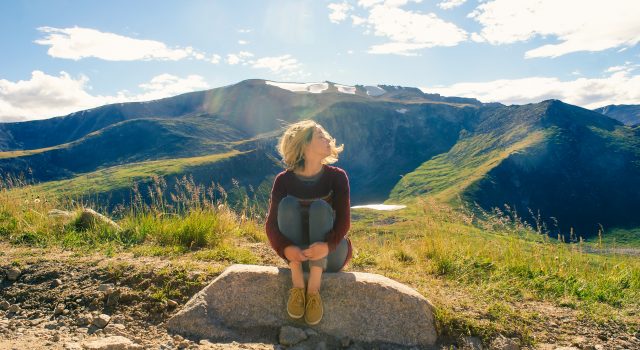 When you hear the words “religious trauma,” what do you think of? You’re maybe thinking something along the lines of Catholic priests and altar boys. And while that’s certainly one of the most egregious examples of religious trauma, it can be much subtler than that.

In 1993, Marlene Winell, a psychologist and former Christian fundamentalist, coined the term Religious Trauma Syndrome (RTS) to specifically refer to “the condition experienced by people who are struggling with leaving an authoritarian, dogmatic religion and coping with the damage of indoctrination.” The definition has been expanded and now includes spiritual trauma for those who may not have identified with a specific religion (e.g. cults).

You may be thinking, my religious upbringing wasn’t that bad. And you may be right. But you may want to think about if you’re experiencing any of the following symptoms of RTS:

RTS might show up for you in your relationships with others and yourself. For example, you may struggle with being in a relationship with someone from a different religion. Or, you may beat yourself up after doing something that would have been considered “bad” or “evil” in your religion or your family of origin. You may feel uncomfortable being your authentic self in front of loved ones. If you are experiencing this, you are not alone.

Most people don’t come into therapy to deal with their religious upbringing, but depression, anxiety, relational concerns, etc., may have been how your body has learned to deal with trauma.

One of the benefits of recovering from religious trauma is that you get to choose whether you practice your faith. (In fact, the freedom to choose your own path in life may be the greatest benefit of all.) You may develop a different, healthy relationship with religion, or you may decide to leave religion behind. You may learn to create or join a community that serves your needs, rather than changing yourself to fit the community. You could develop ways of connecting with something greater than yourself without feeling guilt or pressure to behave a certain way.

But it may be necessary to work through the trauma to tap into any spiritual growth.

If you are struggling with religious trauma, you may want to consider speaking with your therapist about it. Research suggests that talk therapy can be one of the best ways to work through religious trauma. 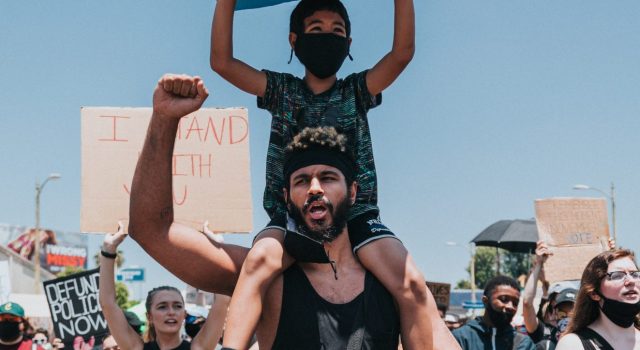 There might be a misconception that children are too young to learn about race. However, it is usually adults who feel uncomfortable talking about racial differences with their child because it may “put ideas in their heads.” Or other adults may feel that children cannot see or understand race because they are so young, which is why conversations about race and racism go unexplored.

So what can parents do to start open and honest conversations about race with their children?

Parents, be aware of your own biases

The first step parents can take is to understand their own implicit and explicit biases. Explore how these inclinations can mislead or misdirect your children’s perceptions of difference, race, and diversity. Instead of waiting for others to teach you, take it up on yourself to listen, learn, and ask questions about how your long-held beliefs may be creating barriers and influencing judgment.
Some reflective questions to ask yourself: How do I navigate race ? How do I discuss race in front of my family ? How do I own up to my mistakes of racism ?

Books are a collaborative and educational resource for you and your child to have direct conversations about race. Stories connect the readers to the information being told, whether it may be about how we celebrate different holidays, honor people of color, or cherish moments in history. They can also be stepping stones to ask thought provoking questions like: What was the story was about ?  How were the subjects in the story treated ? Were there themes of discrimination, prejudice, or privilege present ? How does this story relate to my own understanding of race ? Do not underestimate children and their ability to understand and absorb these complex and important issues.

Teach your child to own up to their mistakes

Inevitably, your child will say or do something explicitly or implicitly racist and in these moments you can teach your child a valuable lesson about responsibility. This can equip them with the tools to learn and understand the harm that was done and what they can do to repair it. There may be an inclination for your child to defend, excuse, or blame others for these mistakes; however, this is an opportunity to teach your child how they can repair ruptures using remorse and self-responsibility.

Ask your child how they feel – directly

Having direct heart to heart conversations about how your child perceives race and racism can create dialogues about what they are seeing, thinking, and believing. Over time, these conversations will evoke trust, acceptance, and understanding between you and your child. By no means is navigating race and racism easy. However, talking openly with your child and giving them a space they can be curious, will reinforce the belief that they can come to their parents to process and explore these difficult topics.