Suicide has been much-discussed in 2017, between the controversy of the Netflix series 13 Reasons Why and the trial and conviction of Michelle Carter, who encouraged her boyfriend to kill himself.  Despite the frequent conversation in the public media, there’s still a lot that many of us don’t understand about this topic.

An important first step toward preventing a public health issue like suicide is knowing that there are many misconceptions about it. Look at these statements below, and see if you’re able to discern fact from fiction:

1. People who want to commit suicide are crazy or mentally ill.

Answer: False. People who are considering suicide are certainly experiencing distress and pain, but these are not necessarily signs of mental illness.

2. If someone wants to die, there’s nothing you can do about it.

Answer: False. Acute risk is usually time-limited. If you can help the person survive the immediate crisis, you will have gone a long way toward promoting a positive outcome.

3. Even kids can contemplate death by suicide.

Answer: True. Even young children can become severely unhappy and talk of wanting to die.

4. If I ask someone whether he or she is thinking about suicide, it might “push” the person to do it.

Answer:  False. Asking someone if they feel suicidal does not plant thoughts anymore than asking them how their head feels might give them a headache. Most people feel relieved when someone asks about their feelings and intentions.

5. There are almost always warning signs before a person dies by suicide.

Answer: True. Most people communicate their intent before attempting suicide, though these clues may be nonverbal and indirect.

6. People who talk about suicide are only trying to get attention. They won’t actually do it.

Answer: False. Sometimes, people who are considering suicide may appear ambivalent about the decision because they are torn between wanting to live and wanting to die. This does not mean that they’re not serious, or just saying for it attention. ALWAYS believe someone who is contemplating suicide.

The next step toward prevention is understanding how to helpfully respond to a person who is considering suicide. Even the most compassionate among us can feel terrified by the thought of having this conversation, and that is understandable. However, it’s important to be able to temporarily set aside your own feelings of fear, shock, and concern, so that you can calmly and rationally aid the person to safety.

Here are some things you can say or do to provide support for a person who is thinking about ending his or her life:

For more information or support, you can contact the Suicide Hotline at 1-800-273-8255, or visit the National Suicide Prevention website. Both resources are appropriate for those looking to help either themselves or someone else. 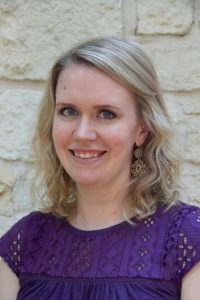