Sitting on a plane last week, I couldn’t help but overhear the conversation happening right next to me. The man was describing a female friend whose ex-boyfriend keeps showing up and driving by her house, while contacting her repeatedly. My fellow plane passenger said, “I just know he’s doing it because of how she broke up with him. She wasn’t clear enough in how she broke things off with him.” His friend on the plane replied with thoughts about how she should carry a gun or a knife with her. Hearing this all-too-common view of blaming the victim/making them responsible for stopping the violence and with recent news focused on the NFL and Baltimore Raven’s Ray Rice, I felt compelled to write this week on domestic violence. 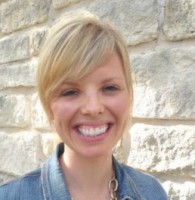 Because it is so often misunderstood and minimized, I think it is important to look at some stats. First, one in four women will experience domestic violence in her lifetime. Sadly, it is often unreported due to fear of further violence or concerns about being blamed for the violence (s/he is often already blaming herself). An estimated 1.3 million women are physically assaulted by an intimate partner every year. About 85% of victims are women, and one-third of female homicide victims are killed by their intimate partner. Another important statistic indicates that 81% of women stalked by a current or former partner are also physically assaulted by that partner. Click here to see the above statistics as well as additional stats and resources.

If you think it isn’t happening in your neighborhood or in your community, think again. Domestic violence is a pattern of behavior used to gain or maintain power and control over an intimate partner, and is prevalent regardless of race, socioeconomic status, beliefs, education, gender, or sexual orientation. Battering is a pattern of control that includes a number of tactics including intimidation, isolation, threats, psychological, physical, emotional, and sexual abuse, as well as financial control. And while it is true that everyone makes mistakes in their relationships, no one deserves to be abused. The only person responsible for the abuse is the abuser.

Part of victim blaming stems from the mistaken belief that if we understand what that person (the victim in this case) did wrong, we can keep ourselves safe. It is true that we can learn from other people’s experiences, but it is unfair to judge other people’s situations when we rarely understand the complexity of the feelings and fears involved. A common myth is that the victim would leave if she doesn’t like the abuse. However, there are many reasons women may not leave, including fear for herself or for her children. It is important to remember that the most dangerous time for a woman who is being abused is when she attempts to leave the relationship.

Following are some reminders about domestic violence (information adapted from theredflagcampaign.org and ncadv.org):

Following are some great resources about violence. I find that many of my clients who are/were in abusive relationships really hadn’t even identified their partner as an abuser until receiving education about what power, control, and abuse looks like. Too often, the abuser uses manipulation, minimizing, and blaming tactics, making the victim feel responsible for the violence. The best thing you can do for someone you love in abusive relationship is to be caring, supportive, nonjudgmental, and patient, believing them and building them up while respecting their autonomy and choices.

The Cycle of Abuse

Helping a friend in an abusive relationship