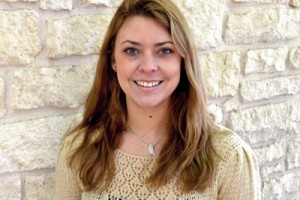 I was always smaller than the other girls in middle school. I remember around 6th grade, when the other girls started developing, I was often picked on because I didn’t have curves or cellulite. I remember feeling so apart from them and hated my small figure. I made buttered popcorn my regular snack in hopes of gaining weight and creating a little cellulite so I could fit in and not be picked on anymore. I was also torn because the magazines I saw displayed and even promoted small figures, so it seemed I couldn’t win. I’m sure I was told by my mother that I was beautiful the way I was, but I don’t remember that… probably because the messages I was getting on a regular basis drowned out her compassion. Creating healthy body image was difficult for me at that time. I struggled with the choice to either gain weight and fit in at school or embrace and maintain my smallness so I could be accepted in the rest of society. Every girl (and boy) growing up in our society struggles with body image and most likely with body shaming. Body image is defined as how one sees their body, and this is influenced by the individual’s own perception and the comments and ideas of others. Consider the following statistics about body image (taken from http://www.dosomething.org): 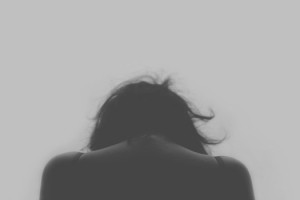 The way we develop our perceptions of our bodies is largely due to the messages we receive about what our bodies are supposed to look like. With advances in computer and graphics technology, now more than ever images in the media are photo shopped to give consumers the belief that more women (and men) have this “ideal” body… and the underlying message is that you should too. Actually, sometimes this message isn’t so covert, but rather individuals are told directly that this is the body to strive towards. Standing in the checkout line at the grocery store, it’s impossible to avoid these messages and it’s even more prevalent on television and the Internet. There are even websites that encourage and teach individuals how to be anorexic or bulimic, and how to do so without parents or loved ones finding out.

How can we combat the epidemic of body shaming and create healthy body image? The first step is to place importance on things other than physical attributes, such as intelligence, creativity, humor, and compassion. Even when someone compliments another on their appearance or how much weight they’ve lost, the messages sent are “how you look is important” and “you did not look okay before and now you do.” Another subtle way in which we body shame is when we shame ourselves, whether in front of others or alone. If I am with friends or family and say, “I really need to workout more so I can get rid of my cellulite,” I am sending the message that I am judgmental of anybody who has cellulite. If we voice that we don’t like something about ourselves, we are often sending the message we won’t like and accept that same attribute on someone else. And the truth is that many of the things individuals don’t like about their appearance and want to change, like cellulite or the lack of a “thigh gap,” are strongly genetic. As it says in the statistics above, only 5% of women are born with the bodies that are lauded in the media – you can’t diet your way to these figures. You are either born that way or you aren’t.

I believe we need to teach others, and ourselves, that physical appearance is not a measure of whether we are enough. We can start by simply not mentioning appearance when discussing ourselves or others. When you want to compliment someone you love, choose to compliment them on the things that really matter. Try to surround yourself with others who do not place importance on physical appearance and with those who do not talk regularly about the things they want to change about themselves. Try to break the habit of commenting on your own appearance. This in turn can help you learn to love and accept your body as it is. Working out and healthy eating should be a practice based on physical and mental health, rather than looks. It’s up to us to make a change in the way we perceive what’s important in our society, and it’s certainly an uphill battle, but we can start by making these changes and creating healthy body image in our homes and communities.