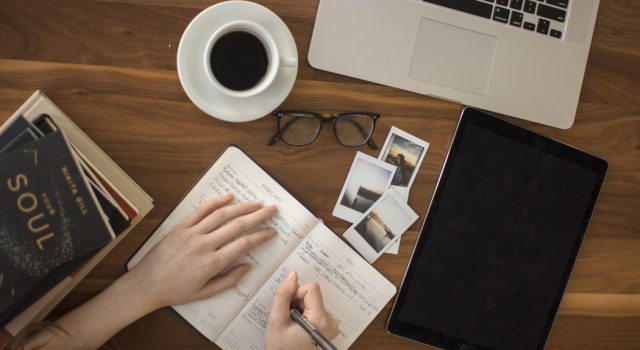 With December marking the end of the year, it is natural to reflect on what kind of a year you’ve had. I encourage having reflections that include gratitude’s and appreciations; it is imperative reflect on the positive things that have occurred over the past year. Having that perspective on how you have seen growth and change, or maintenance and consistency, in a positive light can reduce stress and anxiety and make it easier to reflect with a positive outlook in the future.

I’ve heard the different perspectives of positive and negative described as a cloudy lens and a sunshine lens. I love the simplicity that provides as a visual because looking at your past year in a cloudy lens could lead to feeling sad, conflicted, and unmotivated. This cloudy lens has the ability to reach in all areas of life and makes it hard to find those sunshine moments. Looking through a sunshine lens doesn’t mean negative and bad things don’t occur, rather a sunshine lens means choosing to find something that you are grateful for, no matter how big or significant that something is. Examples could be feeling grateful that you survived your day, you went to a concert, hanging out with close friends, or ending your day with a nice hot bath. 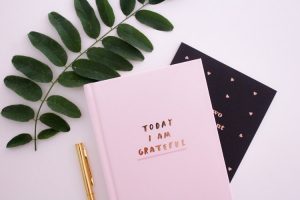 To start a gratitude practice, set yourself up for success. Choose a time during your day that you can have 5 minutes to reflect. Once you have your daily time scheduled, reflect on one thing of gratitude. Just one. If you think of more, that’s great! But only start with one, so that way you feel encouraged to continue this gratitude practice. Once you feel like your reflection time has become consistent, then move up to listing three to five items of gratitude.

Practicing gratitude is like building strength in a muscle. It takes time and consistency to see growth and change in how your perspective shifts from a cloudy to sunshine. I hope with the reflection of this past year, you are able to find those moments that you truly appreciate and are grateful for!

Our culture is increasingly saturated with the word mindfulness. We use it so frequently and in so many different contexts that we obfuscate its meaning. Companies, authors and individuals have begun to capitalize on the word’s positive connotation by attaching it to their products and ideas, much as they have with the words, all natural, artisan, and organic. Mindfulness is packaged as something you can buy. It appears that the allure of internal peace and contentment is so powerful we will pay exorbitant sums to have it.

Mindfulness is a relatively new practice in the United States. Even twenty-five years ago the concept was foreign to most people and those practicing it were on the fringes of society. It was a term associated with eastern religious practices with little traction in mainstream American culture. The speed and reach of the cultural shift toward adopting mindfulness has been remarkable. The fact that some major corporations are now offering mindfulness training for their employees is a testament to the extent to which it permeates our culture.

That mindfulness has become the latest cultural buzzword is not entirely a bad thing. As it grows in popularity, more people have an opportunity to learn about the powerful positive effects a mindfulness meditation practice can have on their lives. A recent surge in academic interest shows that a mindfulness practice has positive effects on health, ranging from depression and anxiety, to memory, learning, creativity and interpersonal functioning (Shapiro 2001). There is further research showing that a meditation practice correlates with elevation in mood, positive affect, and happiness (Shapiro 2001). These findings have galvanized people and institutions to incorporate mindfulness practices in their work and personal lives. Another positive consequence of adopting mindfulness in the West is its potential to bridge eastern and western cultures. By embracing a long-term eastern tradition, we are opening ourselves up to a world beyond our borders and bridging two worlds through a shared practice.

As mindfulness sifts its way through our culture, there is reason for excitement and curiosity as well as caution and discernment. It is easy to be swept up in the fervor of the moment. In my next post, I will provide a brief history of mindfulness and explain its core principles, function and original intention. By broadening our understanding of mindfulness we are less apt to be cajoled by external forces and more capable of looking inside for the answers. Stay tuned.